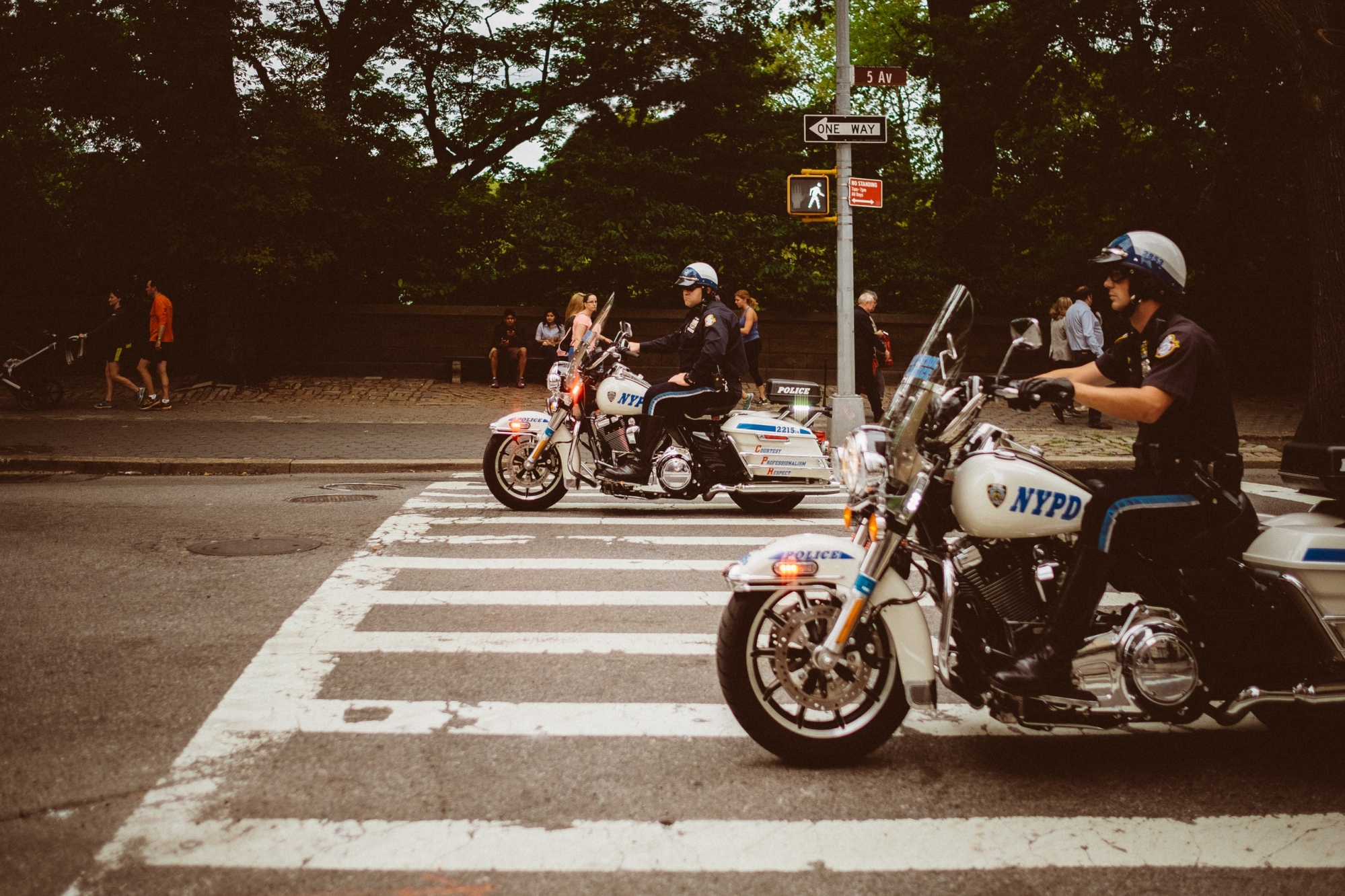 Most police officers are dedicated, hardworking men and women who strive to do a difficult job every day to make the lives of others better. We learn from the police academy, in-service training and from our peers but how much do we really know about the tactics and strategies that we use? Are they effective? Are they the best strategies available? Do they work for everyone in the same way? More importantly, are there any tactics that we currently use that cause harm? These questions are central to the concept of evidence-based policing.

If you are reading this, you have an interest in policing, either as a sworn police officer or a concerned civilian. Those of us who have taken an oath to protect and serve must ensure that we are doing the best we can to provide the most efficient and effective services. In order to provide those services, we have a responsibility to ensure that the tactics and methods we use have been tested and have been shown to work towards our common goals. Anything less is simply unacceptable. Imagine we have been utilizing a tactic for years without knowing that it causes people to reoffend at higher levels than some other tactic available to us. Similarly, imagine that there were studies that now show you can perform the same amount of crime control with less people or in a shorter period. This is the kind of information that we should be generating and sharing across the profession of policing and where advocates for evidence-based policing feel so strongly.

The concept of evidence-based policing simply says that police practices should be based upon scientific evidence about what works best (Sherman 1998). It suggests that best evidence should be used to guide practice and evaluate the police. For years, academics and researchers have examined policing and conducted experiments but until recently, those studies had been limited in scope and the results had not made it to the hands of the people on the front lines. The ASEBP wants to change that from within the world of policing.

Every police officer receives basic police training on tactics, rules, criminal law, and procedure but once that initial training is completed, the level of ongoing education varies from agency to agency. Perhaps more disturbing is the reliance on experience and intuition that forms the basis for much of the training that we receive. The evidence-based policing movement suggests that there must be a better way to conduct business. By rigorously studying everything that we do, we can more accurately determine what works, what does not and what is promising when it comes to our core functions of preventing crime and disorder.

What is required for evidence-based policing?

Evidence-based policing can be broken into two main components, each equally important. First, there needs to be an increase in the amount of research that is conducted in policing. As police officers typically do not know how to conduct scientifically rigorous studies, this area has been left to the world of academics. Typically, criminologists design studies about crime and disorder and then publish the findings in academic journals. Most police officers have no idea that the studies have taken place and will never know about the findings. For this to change, we suggest that the police become the drivers of research, partnering with researchers to find the answers to questions that we feel are important in helping us perform our core missions. This is critical as police officers are the ones who have the most accurate view of the world within which we work.

The second component of evidence-based policing is the translation of the research findings into a format that is accessible and easy to digest for the working police officer. This is not as simple as it sounds as academic timelines and goals are completely different from those in the world of policing.   A Police Chief with a particular problem in his or her jurisdiction doesn't care about peer review and needs accurate information as soon as possible so that they can address the problem. This has given rise to the concept of Pracademics or Evidence cops as people that have the ability to take academic research findings and translate them into actionable information for policing professionals. The goal of the ASEBP is to give every police officer the tools to understand research and to determine how it can be used to address their local crime problems.

Why should we adopt an evidence-based approach?

There is an old adage about managing change. either you can manage the change, or the change will manage you. Policing in the United States is at a crossroads with crime at historic lows, but public confidence similarly shaken. Evidence-based policing provides police professionals with an objective standard for justifying our actions by showing scientifically reliable research that supports our tactics. As departments struggle through periods of austerity, we can show that we are being good stewards of public money by using proven tactics to address those people, places, and things that are causing the most harm to our communities. For the working police officer, an evidence-based approach would suggest that you use defensible data to put your officers in the places where crime and disorder is taking place and then use practices and tactics that have been scientifically proven to be reliable without alienating the majority of the community that we aim to serve. Such an approach would be akin to using pinpoint surgery on a specific area of disease without lopping off the whole limb both may achieve the desired results, but one would certainly be a better approach than the other!

One recent example is using crime analysis and data to identify those micro-places where crime is greatest. Once those hot spots have been identified, police resources can be directed to those areas with great success. A study was conducted in Sacramento, CA where officers were randomly assigned to patrol some hot spots with regularity and others received the normal patrol responses. At the end of the trial period, the areas that received additional policing had significant decreases in crime and disorder. While this may seem intuitive, an evidence-based approach takes it a step further. We recognize that if you put a cop on the dot in an area where crime takes place, you will have an effect but realistically, most agencies can‘t leave officers in those areas indefinitely as they are already strapped for people. Additional studies have shown, however, that if you put an officer into that hot spot for 15 minutes, you will get a decrease in crime that lasts for about 2 hours! Suddenly, this becomes much more manageable and is something that savvy police commanders have been building into their patrol deployment schemes.

There is a strong evidence-base that shows the majority of crime and disorder is committed by a relatively small group of people. By stopping that minority from committing criminal acts, police agencies can have a disproportionately large effect on crime in their jurisdictions. While the traditional police model has been geared towards targeting those offenders for arrest and prosecution, a number of agencies have shifted towards a collaborative model of focused deterrence. In such an approach, the offenders are specifically targeted because of their ability to impact crime and create harm. Key stakeholders from various segments of the community come together to find ways to offer the proverbial carrot and the stick. Police, probation, prosecutors, and judges determine that this offender will receive the maximum amount of investigation, prosecution, and sentencing if they offend again. At the same time, however, community resources are available to assist the offender in getting treatment or social services that may help them work their way out of crime. This message is then delivered to the offender in no uncertain terms by all involved. In the cities that have adopted these approaches, there is evidence that this specifically targeted approach has a strong deterrent effect and results in decreases in crime and disorder. This novel approach suggests that our police mission should focus as much on preventing crime as catching criminals as it is a much more efficient and effective way to help our communities.

What about foot patrol?

For years now, police have heard the lament that we lost touch with our communities with the advent of the police radio car. One way to get back in touch with our communities was to deploy officers back onto foot beats. While there is evidence that suggests this increases the feelings of trust and respect between police and their communities, the question of whether or not they are effective in reducing crime remained unanswered. One recent study conducted with the Philadelphia Police Department suggests that foot patrols in hot spots of crime can have an impact on crime while still obtaining the benefits of positive police-community relations. If this is the case, it would make a compelling argument for using data to deploy your officers on foot.

Can you explain the concepts of legitimacy and procedural fairness?

With the recent events taking place around the country, many police officers have been exposed to the term legitimacy for the first time, but it is a concept that is central to the profession of policing. Police officers must be seen as fair, honest, and impartial in the way they perform their duties in order to maintain the extraordinary rights they are granted. Research suggests that every encounter a citizen has with a police officer combines to form their opinion of the police in general. Every working police officer knows that you can go into the most dangerous neighborhood on your beat and have a positive interaction with the majority of the good people who live there. For every positive interaction you have, you will increase your perceived legitimacy to that person. In return, people will be more likely to provide you with information about crimes and will be less likely to fight or run based upon their perception of you. One of the most important ways of achieving legitimacy is through the idea of procedural fairness. This suggests that the way in which you approach an encounter may be as important as the outcome of that encounter. If a person believes they were treated fairly and impartially and is allowed a voice in the process, research suggests that they are more likely to comply with your directions and less likely to challenge your authority. This could result in more civil interactions making police-citizen contacts safer in the long run.

The evidence-based policing movement does not claim to have all the answers and there are going to be times when critical decisions must be made in a split second. That is just the nature of policing and is what makes it such a challenging profession. For everything else, however, having a scientifically proven evidence-base to support and guide how we operate can help reduce crime, keep officers safe, and improve our relations with the communities we serve.